There is a lot of exciting news lately about traveling to Mars. First colonists would certainly require a sustainable architecture that not only provides shelter but also produces food and oxygen. Here on Earth, unique homes called Earthships are leading the way to a sustainable future in the American Southwest and beyond.

An Earthship is a home that is off the grid (not connected to public utilities) and built partially from recycled materials such as rubber tires, aluminum cans and glass bottles. Earthships use both passive and active energy strategies, grow food and harvest rainwater. Over the holidays, we traveled to Taos, New Mexico and rented the Vallecitos Earthship designed by architect Michael Reynolds. This blog is an overview of what I learned about the home’s unique design features.

Vallecitos Earthship is a long and skinny building stretching from east to west. This orientation allows the maximum amount of southern sun to enter the building and heat the concrete floor during the day. During the daytime, latent heat energy is stored in the mass of the concrete and slowly radiates back into the building at night. Interior temperatures ranged from 65℉ to 70℉ during our stay. This passive heating strategy is an effective response to an arid climate like on Mars which also shares a similar length of day at 24 hours and 39 minutes.

Temperatures 10-12 feet below grade are constant year round, about 55℉ on Earth. At Vallecitos “cool tubes” are buried beneath the earthen berm on the northern side of the home that bring in tempered air used in hot weather to cool the house. Conversely, cool tubes could also be an efficient way of taking advantage of geothermal energy for heating as it takes much less energy to bring tempered air up to room temperature.

Creating microclimates would be necessary on Mars for us to breath. Plants have the ability to absorb carbon dioxide and produce oxygen. The southern facade of Vallecitos is a vestibule and functioning greenhouse; it is also the hallway for movement between rooms. Manual roof vents can be opened to vent the space and prevent overheating of the interior. The top of the greenhouse is partially covered by an opaque roof. This effectively blocks the steep angle of the summer sun while permitting the lesser inclined winter sun to penetrate deep into the space. Mars is also tilted on its axis and experiences seasonal changes similar to Earth.

Mars colonists could potentially melt ice with solar energy to obtain liquid water. At Vallecitos, rainwater is gathered from the standing seam metal roof and stored in underground cisterns. Sinks have two faucets, one for washing and the other for drinking water. Reclaimed water from the faucet, shower and washing machine is called gray water. Gray water is stored in a separate underground cistern and reused to flush toilets and water plants. Although gray water does contain “bio-friendly” soaps and detergents, the plants seemed to thrive.

Mars rovers are able to explore the rocky planet because batteries can be charged by photovoltaic panels that covert energy from the Sun into electricity. The Earthship also uses photovoltaic panels located above the windows to charge a bank of batteries located in the garage. There is an AC/DC converter that powers LED and fluorescent lighting throughout the Earthship. A solar hot water heater circulates water heated by the sun that is then stored in a hot water tank. Both of these strategies could be utilized on other planets.

The interior of the Earthship is decorated in traditional southwestern style, creating a warm and inviting atmosphere. Exposed roof beams resemble telephone poles with wood slats spanning between them. Floors are flagstone and stained concrete. Ocean themed mosaic walls of the greenhouse vestibule are intricately crafted from the bases of wine bottles creating the illusion and beauty of stained glass as light passes through. Of course a Martian abode would look different, but would share some similarities. Adobe brick is made from dirt and water both of which can be found on Mars. The floors would also be constructed of a heavy mass material such as rock because the passive solar heating strategy requires mass that slowly absorbs and radiates heat back into the interior spaces.

Beautifully crafted and holistically designed, the Earthship challenged my preconceived notions of what a home can be. Employing passive energy strategies is something that our ancestors understood, but it’s something that the industrialized world has largely moved away from. Human inhabitants on Mars will have to exist off grid at first and implement passive strategies combined with modern technology. Earthships are prototypical survivalist architecture suited for those few who are awakened to the fact that we are living on a sphere orbiting a star at 67,000 mph. 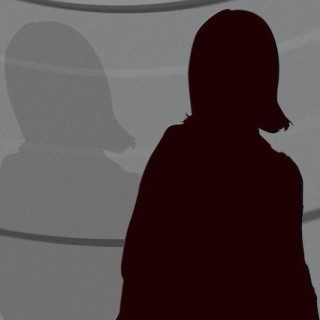